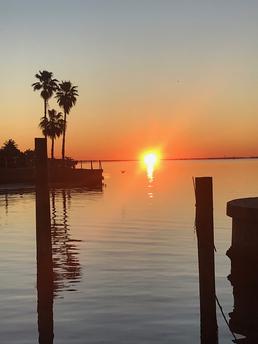 Zofkie's Painting opened it's doors in 1999 with a Ford Truck from the 70's, a small amount of money and a big prayer.  Now, almost 2 decades later, is recognized as one of Chicagoland's Premier Painting Contractors.

Keith Zofkie, the founder of ZPI, started painting residential houses in the early 1990's and learned the trade from some of the most talented tradesmen out there. He graduated through the ranks of painting with some of the largest and most technical of jobs.  After starting the company, Keith worked on the field and ran the crews and traveled to wherever the paint needed to be applied.

In the mid 2000's the company grew again by adding commercial and industrial projects as well as Keiths better half, Tara and field foreman, Tom Wagner. "Tom raised the bar for all the painters and Tara made work easy" said Zofkie. Running multiple crews and estimating took over most of the days and thus became the beginning of a great team.

Here we grow again!  Sunshine here we come!!  In Early 2019, ZPI added another location in Tampa that services from Tampa to Ft. Myers. 2019 also marks the year that you could find some of the next generation of Zofkie's on the field as well as in the office.  "This was a fun time" said Keith "we bought a boat that had a couple of bedrooms and we (the crews from Chicago) would fly out and live aboard while getting the work done."   "We are very thankful and blessed to have worked with some of the best clients you can find and look forward to working with new ones."

2021 As our nation and world affairs have provided many new obstacles it has also presented new opportunities.  Helping our clients through some of difficult times and getting projects completed has helped bring better systems for the construction community as a whole.  Internally Tom Wagner has taken the lead in the Chicagoland area as the General manager.  "Tom has been a rock since the day he started here.  Working with Tom has been such a great experience we are very thankful to have him at the helm!' Said Keith.  Growth does not stop there!  ZPI Tampa Welcomes Adam Zofkie as its new leader.  "Adam brings all the traditional ZPI values with a fresh outlook and new perspective!  He is truly one of the best people I know and is really taking things up a notch."  With Tom and Adam taking on these rolls our clients have never been in better hands.  Keep an eye out for the upcoming plans that Keith and Tara have been working on and as always thanks for stopping by.  God Bless